Introduction to Perlite Vs Vermiculite

Perlite vs Vermiculite – Both are soil substrates that are added to potting media to improve their structure and properties. Soil additives are quite prevalent in every garden shop since they are frequently utilized in the soil medium while potting plants. Below are their difference

Perlite is manufactured by fracturing and superheating volcanic glass called obsidian, which is formed when lava cools fast and comes into contact with water. The end product is an amorphous, rigid, and porous substance.
It’s a fluffy, lightweight material that’s easy to clean and handle and doesn’t have a distinct odor before it comes into contact with water. It has a pH range of 7.0 to 7.5, which is frequently on the higher side. It has a higher silicon content than vermiculite but is deficient in other areas. 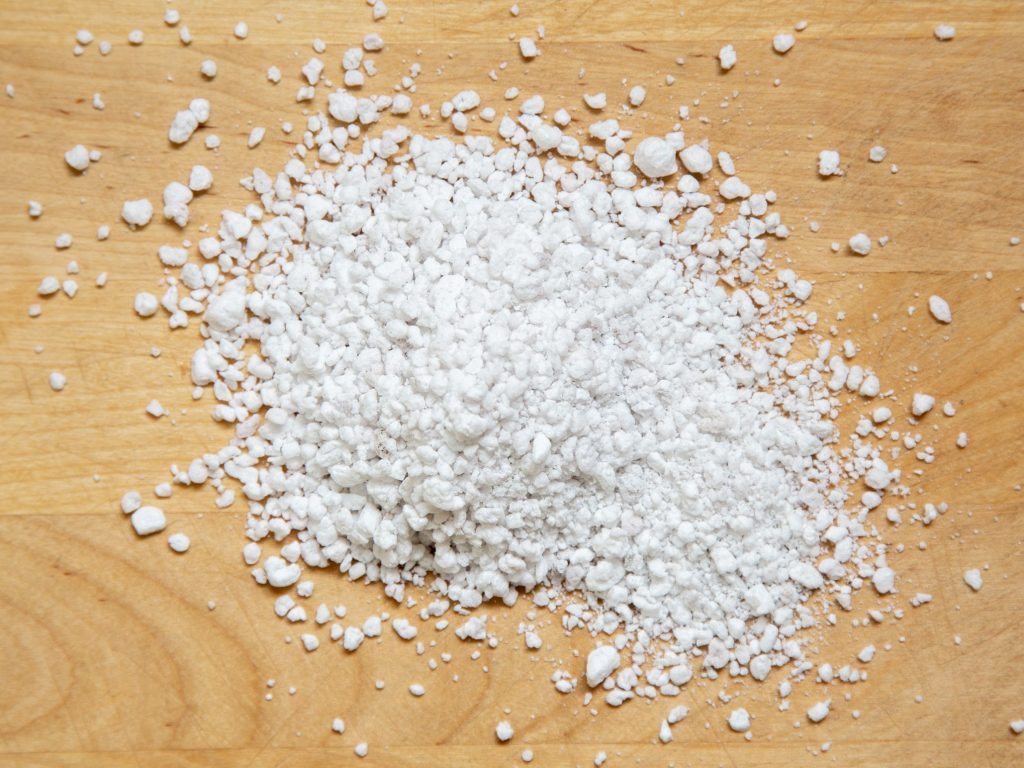 Perlite is a white grain that is finer than vermiculite and begins as fluffy balls or powder when crushed. The size of the grains varies depending on whether you pick a fine or medium grade, which are the two most popular alternatives. The pumice-like perlite grains may be seen in potting mixes where they seem like little styrofoam balls have been mixed in.

Exfoliation, a technique that involves breaking apart and superheating mica, a sheet silicate mineral, produces vermiculite. The end product is a spongy, squishy hydrous substance with plate-like, flat flakes. Once wet, these flakes will stretch into moisture-filled tubes. Vermiculite has a neutral pH range of 6.5 to 7.2, which is high enough to increase the pH of your more acidic plants.

Because of its aluminium, iron, and magnesium composition, it provides greater nutrients to your plants. Once mixed into soil it becomes hard to distinguish, especially since the color darkens once wet. 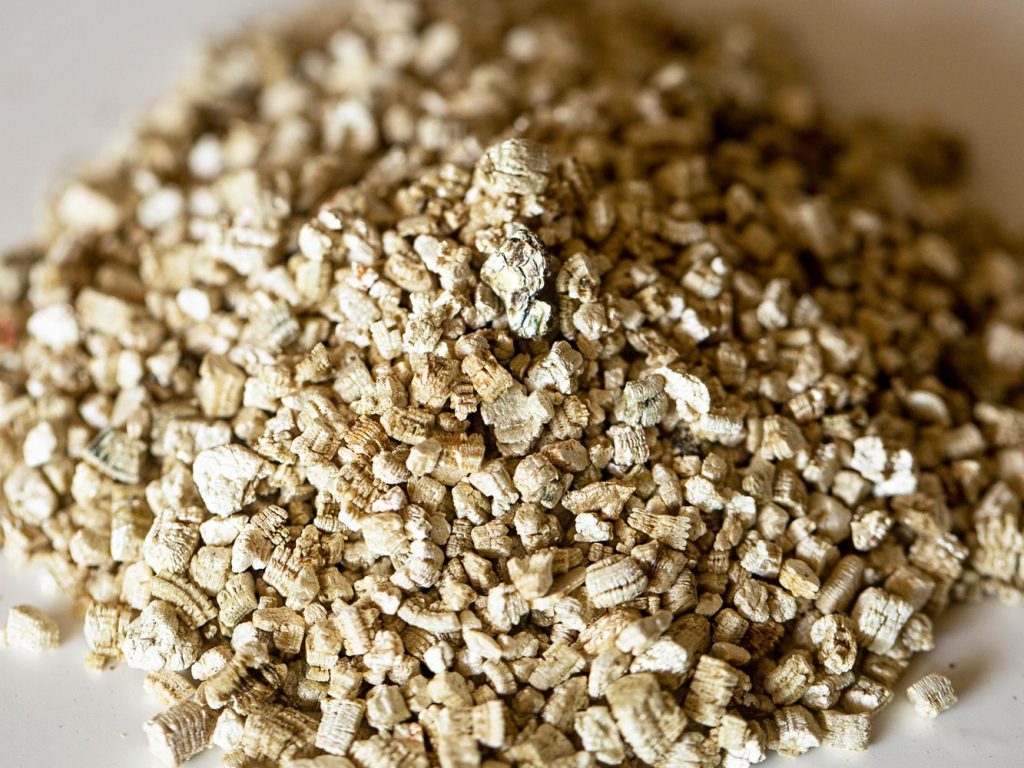 It’s simpler to comprehend the differences between these two potting mixes by looking at how they’re similar. Both are inorganic, which means they aren’t created from live organisms’ tissues. Unless you’re doing anything like inoculating mushroom mycelium, which requires complete sterility and no mixes, both are practically fully sterile and utilised mostly as soil supplements.

Both are designed to perform three functions:
1) Aerate the soil
2) Keep moisture in the soil
3) Distribute nutrients

However, vermiculite may not only contain more water than perlite for longer periods of time, but it can also hold more water in general.
Perlite, on the other hand, provides superior aeration than vermiculite. Aside from those two distinctions, perlite has a greater alkaline content, which is utilised to regulate pH levels. Let’s take a look at the two most common uses for vermiculite and perlite in horticulture. They both do a good job of growing seeds and propagating new plants, but each has a distinct advantage in one of these areas.

Vermiculite is commonly used in vegetable farming because of its capacity to hold more water for longer periods of time.
Vegetables are largely made up of water and require a lot of it to grow. It will also assist remove the thickly packed soil after you’ve tilled it, allowing more oxygen to reach your veggies.

Perlite can also be used to make loose soil, as long as it is not crushed to the point of losing its fluffiness. In general, vermiculite is preferable for seedlings and seed starting methods, but perlite has some advantages, such as helping to resist weeds and plant diseases.

It also aids in maintaining a more consistent temperature in your soil by removing humidity more quickly. It can also assist to eliminate surface crusting and puddles. For established plants and flowers, it’s an excellent choice.

Because it mostly holds water along the top, where it is permeable with bumps and nooks, it releases moisture quicker than vermiculite by pulling it up from under the surface, making it useful for maintaining certain humidity levels.

Consider it a faster-draining soil enhancer with a higher pH level. Cacti and succulents are examples of plants that might survive in these circumstances. Perlite is preferable to vermiculite for any plant that wants the soil to dry fully before getting wet again.

Consider it a faster-draining, higher-pH soil enhancer. Plants that might thrive in these circumstances include cacti and succulents. For any plant that wants the soil to dry fully before becoming wet again, perlite is preferred over vermiculite.

Perlite deteriorates and becomes “used up,” that’s why it is frequently blended with materials such as compost, pine bark, peat moss, or other forms of moss. The goal is to promote quicker and stronger root development before transitioning away from perlite later on.

It holds extra water it has less aeration, thus it is ideal for plants that grow in moist ground conditions or are sensitive to extreme alkaline levels. This is a superior media for budding seeds and growing cuttings due to the increased water and nutrient content. Because it does not degrade or get compacted, vermiculite is thought to be more durable than perlite.

It also does not decompose or harbour mould, and it never emits any off-putting odours while remaining non-toxic. It is not as widely utilised as it once was due to the facility at Libby, Montana, which was responsible for contaminating the vast bulk of vermiculite mining with asbestos fibres.

Perlite and Vermiculite are significantly distinct in nature, despite the fact that they are both applied to soil to improve aeration. Perlite makes the soil more porous since it does not store a lot of water, but Vermiculite holds water and nutrients and releases them slowly and steadily, which is beneficial for plants.

Where to Buy Vermiculite?

There are lots of vendor to buy vermiculite. But if you are looking for top vermiculite manufacturer in India, you are at the right website. Kumarasamy Industries is one of the best vermiculite supplier in India. We are a ISO certified exporter, exporting to 30+ countries in the world. 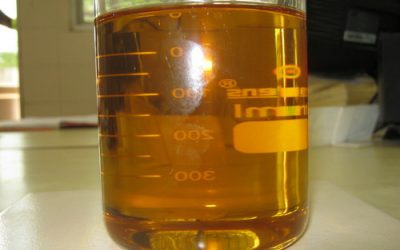 Quartz stone vs. Granite; which is better?

What is Granite? Granite is a hard stone and 100% natural. It's mined from quarries from one side of the planet to the other, sliced down to a reasonable size, and afterwards cleaned to a fine completion. What is Quartz? Quartz is not a 100% natural. It is a hard...